The ever changing telephone: how much the telephone has changed in a few decades.

There was a time when we did not have a single telephone. In the early sixties telephones in India were only in a few homes. Things changed and we also got a telephone at our home. It was a black ebonite telephone with a circular dialer. 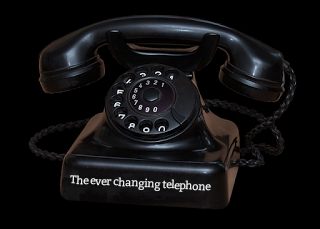 When a call came it would let out a rather startling ‘TRINNGGG TRINGG’ sound. It was quite an experience for us kids to gingerly say ‘Hello” in the mouth piece while holding the hand set with both our hands, and being a little surprised when the voice in the telephone also said ‘hello’.

It soon became the neighborhood telephone. Those of our neighbors who did not have a telephone at home would come over to make calls. If a call came for one of our neighbors, the handset would be kept off the cradle with a quick request “please hold ‘ to the caller and the nearest kid at hand used to be sent of to call the neighbor for whom the call had come. Our telephone number would be given out by our neighbors to their friends and family.

Sometimes the call would drop by the time the neighbor arrived. This used to be disappointing. Specially if the call had been received long distance or from abroad.

Those days long distance calls had to be booked through an operator at the exchange. Higher charges had to be paid if the call was needed urgently.

If you were not having a telephone then you could go to the post and telegraph office and make a call on the public telephone.

Things got better as more and more telephones became available and coin operated telephones were installed in public places. 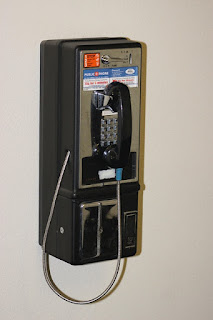 Booking long distance calls still required a visit to the post and telegraph office. One would book the call get a coupon and sit in line till the call came through. Telephone booths were installed and there was a time limit to the call.

This was the way things were till the  mid eighties when things started changing. One could now activate the international calling facility on the phone. For those who did not have this facility manned telephone booths came up. An electronic meter would display the duration of the call and the booth owner would charge accordingly. This really changed things and keeping in touch become much easier. Even though on most occasions it meant standing in a queue.

Life went on like this for a decade or so when the mobile phone appeared.

The good old telephone was now referred to as ‘fixed line’. The familiar ringing sound of the telephone, now the fixed line, was heard lesser and lesser.

Now our home has a fixed line. It hardly ever rings. Its main purpose is providing broadband.

Everyone has a smartphone now.

We are always in touch.

There are numerous ringtones. The old ‘tringg, trinng’ sound is heard only if someone uses if for the smartphone.

Earlier we would walk to our telephones

Now we are inseparable from our smartphones which are much more than just a phone.

The smartphone seems to be outsmarting us!
at December 22, 2017
Email ThisBlogThis!Share to TwitterShare to FacebookShare to Pinterest