Flow of technology changes our lives 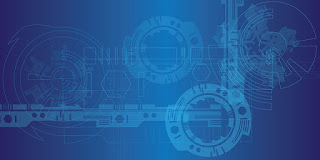 My father used to say that 'Technology is neutral'. It took time for the import of this insight to dawn on me.

Human beings assisted by technology become capable of doing so much more. Much more good and much more harm. In this post I will look at the good stuff.


Tools, farming equipment, cranes, automobiles, aircraft, ships, trains, space craft. All these have allowed an extension of physical ability of humans to farm, build and travel.

With radio and TV we could hear and see from great distances.

Our society underwent profound changes with these technologies.

We got new industries, new jobs a new way of going about life. Societies which built these technology benefited and prospered. Other societies played catch up. Still others, sort of, got left behind. But sooner or later lives changed and adopted to these technologies.

Then came the computer followed by the internet. This was different.

There was a profound difference here. While earlier technologies needed capital investment for setting up the internet allowed Davids to compete with Goliaths.

All that was needed was a sharp mind. That was the real investment. And sharp minds are a resource which will appear in the most unexpected of places.

We started hearing stories of people starting something in a garage and achieving great success.

The flow of information started changing. Radio an TV channels got competition from small channels opened in YouTube.

The pipes of information changed from big Radio and TV stations which were a few sources of information and entertainment which used to broadcast, to numerous internet based sources being received by equally numerous consumers. Every body could say something and could be seen or heard by anybody.

The neutral nature of technology comes to the fore in the information age as never before. It allows every one participate at the same time.

This change is huge because unlike the earlier changes of technology which extended our motor and sensing skills, this one extends the abilities of the mind.

at July 06, 2018
Email ThisBlogThis!Share to TwitterShare to FacebookShare to Pinterest