Three trips to Europe: How India has changed over three decades 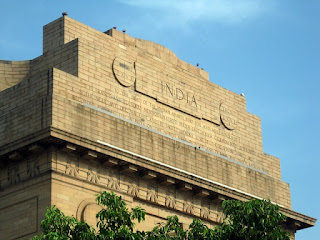 Our air ticket to London from Delhi cost us approximately INR 10,000 per person. One USD that year was equal to 16 INR so in USD the ticket cost us USD 625.


For our trip to the airport we hired an Ambassador taxi. Those days in India we had a few main cars Ambassador, Fiat and Maruti Suzuki.

The Ambassador was a Morris which had been produced in India for many years, with minor upgrades. Fiat had one model a car with an 1100 cc engine and Maruti Suzuki had recently launched a 800 cc hatch back.

Delhi Airport was a basic airport at that time. Baggage check in was manual.

On arriving at London we landed in a huge modern airport with conveyor belts and escalators. A wonderful experience.

In London, on the roads we saw a variety of car models. All modern cars, sleek and shining. I remember the ride in the cab. It was almost soundless. It was raining and the smooth swish, swish sound of the wiper blades which cleaned the windshield perfectly was a new experience for me.

This was also the first time that I saw and used a bank ATM for withdrawing money.

Traveling for the first time in the London Underground was another memorable experience. The ease with which we were able to reach places in the city was comfortable and convenient.

We subsequently traveled to other cities of Europe and came across excellent infrastructure and public transport systems.

The overall sense was of having traveled from a developing country to the developed world.

Things in India were largely similar to our 1986 experience.

The airport in India now had conveyor belts installed. The variety of cars in India had gone up just a little. Maruti Suzuki brought out a 1000 cc sedan and also new 1000 cc hatch back and a van. We had another sedan brought on the road by Hindustan Motors the manufactures of the iconic Ambassador. This was the Contessa based on a Vauxhall  design.

We had better telephones and it became easier to make long distance and overseas calls.

It appeared that a change was afoot.

The experience of going to Europe was still, however much like what it was in our trip in 1986.

This time we traveled to the airport in a new Maruti Suzuki Ertiga. Delhi airport now is a modern airport, recently ranked first in the world on airport service quality. Unlike our earlier experiences, this time on returning home from our Europe trip, we felt we have landed in a more modern airport than what we experienced in Europe.

Almost every brand of car may be found on Delhi roads. Our earlier experience of being awed by the variety of cars when we went to Europe is now not there.

Also two Indian companies are designing and making cars in India. These are Tata Motors and Mahindra and Mahindra. For a long time Indian cars were based on designs and models made abroad. This has changed.

Delhi has a world class Metro. The infrastructure of roads has improved considerably. Our banks are automated.

Bank ATMs are common place. Communication and software is world class. Almost every person in Delhi has a mobile phone, a very large percentage of these being smartphones. Internet availability has improved both in speed and quality.

These are three snapshots of how Delhi, India has changed over one life time.
at April 30, 2018
Email ThisBlogThis!Share to TwitterShare to FacebookShare to Pinterest

Tenets I followed: Facts not opinion