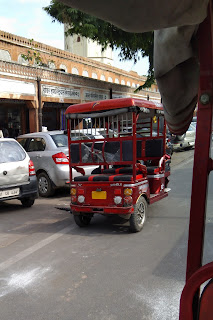 Statistics from Delhi Government show that the number of E Rickshaws grew by by 140% in just one year.

In an industry which has literally grown on its own with minimal advertisement this is a huge figure.

A look around on Indian roads in any part of India will show a similar story. E Rickshaws are every where. (See my post E Rickshaw the ubiquitous vehicle).

How has this happened? Is there a success story here? Can it be repeated?

How has this happened?

I have given a possible reason for this in my blog post An Idea Becomes a Reality. My premise in this post is that this has happened within an enabling space.

The lines which define the space are low tech, inexpensive and immediate usefulness through earnings. The E Rickshaw is low tech, it is affordable and immediately leads to some earnings. So in my view this is the reason this has happened.

Is there a success story?

Yes. Anything which is a self starter and which happens without much pushing and which is useful to a large number of people is certainly a success.

Can it be repeated?

It may. Say if we make cars which can be assembled with the minimum effort and can be made in large numbers. If these cars are affordable and if they can be useful for a large number of people. It may be a success.

There is therefore an outside chance that if similar conditions are met cheap and low tech cars may also be a success.

An outside chance but maybe it may happen.

My take on the future of EVs

Electric Vehicles in India: we are at a cusp of change
at May 15, 2018 No comments:
Email ThisBlogThis!Share to TwitterShare to FacebookShare to Pinterest

The Wankel engine for cars was a rotary engine. This was an effort to move away from the reciprocating piston engine to pure rotation. It never really succeeded and we don't see many wankel engine cars on roads.

Electric motors are the first successful rotary engine in cars.

This is great news. 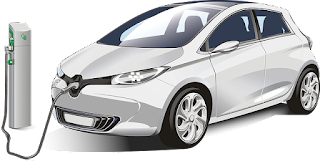 The problem is that a pistons in a reciprocating engine move in straight lines. To convert this to rotation we have to have a piston rod and a crankshaft. This has always been the weakest part of the engine.

The minimum to maximum speed range of reciprocating engines also is not enough. So we have to insert a gear box which expands the speed range by having different gear arrangements. And to change gears a clutch which disconnects the drive from the engine to the wheels to facilitate gear change.

An electric motor on the other hand has a high speed range. So most electric cars have just one gear ratio!

This is why cars like electric motors as engines.

Electric motors are just right for driving a car and make it much more simpler to design and have much fewer parts.

If only we were able to charge a car as fast as we fill up its gasoline tank.

This is the challenge which is delaying the shift from reciprocating engines to electric motor engines.

(Also see my blog posts My take on the future of EVs, Move towards electric vehicles and

Incentives and infrastructure for Electric Vehicles)
at May 05, 2018 No comments:
Email ThisBlogThis!Share to TwitterShare to FacebookShare to Pinterest
Newer Posts Older Posts Home
Subscribe to: Posts (Atom)

Tenets I followed: Facts not opinion